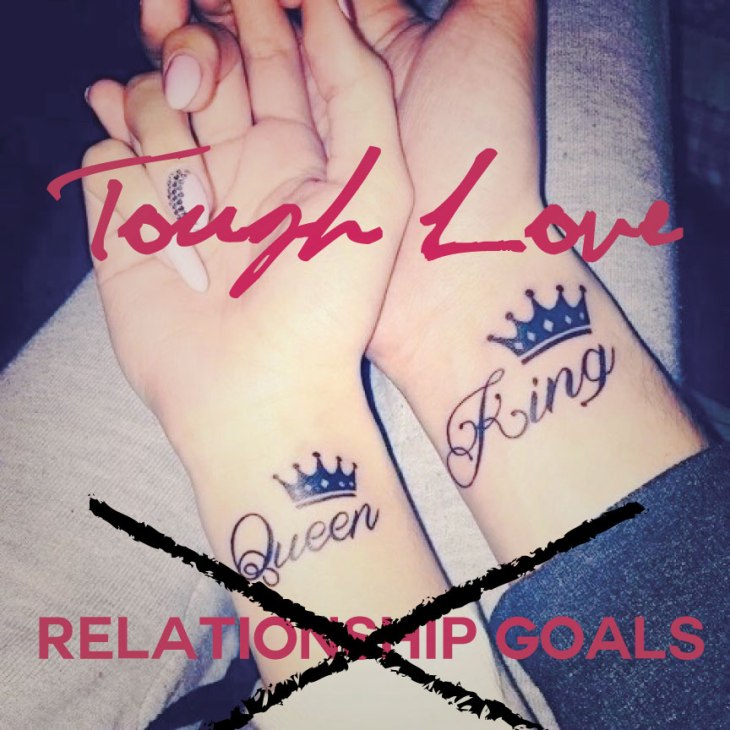 I’m not going to sit here and dick around with you with some fluffy, captivating intro that draws you, the dear reader, into the next 600 or so words. You could be swiping right on some Tinder profile that’s actually a cop trying to catch people buying drugs online, but you’re not, so I’m not going to waste any more of your time on this paragraph.

“Relationship goals” cater to the uninspired.

Goals are something worth working towards. I remember as a kid writing down goals for my life; 5 years, 10 years and so on. They were real goals; things I knew if I worked hard I could achieve. But now I hate the thought of the word. You meme millennials have ruined it.

It’s only right for this piece to be co-written with my guy A-Willis. Writers goa—… psych.

Go on Twitter and search “#relationshipgoals“, you’ll find more mundane garbage than searching “SoundCloud” and getting stuck between posts of up-and-coming struggle rappers.

Half of you goal-cravers are independent free spirits but retweet “goals” of creepily-shot third person photos. Who in the hell is taking those photos by the way? You either have a tripod with a timer or a friend who secretly loathes you two. Let me stop. That might be another blog at some point.  Wow. That really pissed me off a bit.

Actually, one more rant… whoever the fuck keeps creating the pictures of classic cartoon characters in today’s world, I want to break your neck. 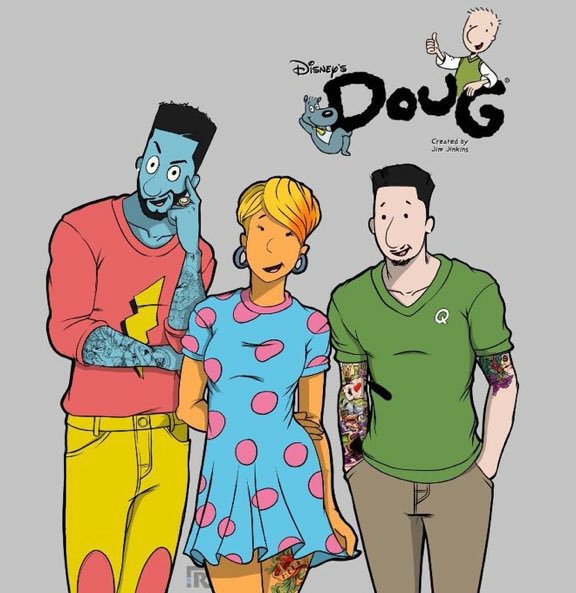 The current state of relationship goals online is the equivalent to losing an Apple TV remote, not caring enough to find it and being stuck observing whatever is displayed on the screen. Somewhere between binge-watching television series’ and scrolling through Pinterest, planning dream weddings that are nowhere close to happening, we’ve lost sight of what’s actually noteworthy interactions with people of interest.

People, it’s a doughnut. It’s an AT MOST $2 gesture with a Valencia filter on it, for crying out loud. How… how is this a goal?

Has the instant gratification era gotten so bad that we’re setting ourselves up for mediocrity?

The stocks for relationship standards have plummeted, baby. Now is the time to buy in. BUY. BUY. BUY. I picture Jordan Belford yelling that as he’s getting slopped up by his model wife in his mansion.  Now that’s goals. This is weird and clingy. Give me back my finger.

Not to make this some He-Man-Woman-Hating diatribe, but at this point, the bar is so low that the scum between our toes is struggling with the limbo.

Stop non-sarcastically calling each other King and Queen; you’re regular people. It’s hard to look or feel regal in matching, heavyweight cotton, Gildan tees custom-made by some middle-of-the-mall vendor. Middle-of-the-mall: that’s the quality of your relationship. Similar to a necklace that turns your neck green, it ain’t real.

Heart eyes after a month? That’s not even long enough to know if your favorite team is going to be good that season.

We are championing commonness and reveling run of the mill actions. Like, your goal is lying in bed. IN BED. Ask your grandparents what their goals were? Probably not taking selfies in a bathroom mirror being “silly.”

Have we binge watched so much Netflix and aimlessly scrolled Instagram for so long that we’ve devalued chivalry? Has chivalry become so rare that we promote this plastic, pathetic content and attribute it something as simple as splitting the bill at dinner as to be ascertained?

We still do amazing, kind acts to one another. To strangers, even. The trend at the Starbucks drive-thru where people pay for the car behind them’s order is one of the nicer things I see on the Internet. But, taking a photo of you and your significant other’s arms intertwined, holding your Iced Chai Mocha Cappawhateverthefuck is NOT A GOAL. Just because you do something with your significant other doesn’t mean you guys are goals. “Brian and I both ate tacos today but he’s 1,000 miles away!! Goals 😍 😍” Shuddufuggup.

Holding hands in the rain at a baseball game isn’t a goal. It’s the result of bad planning.

I’m out, though. Most importantly, be great, stay safe, but get better goals. Be better people.

P.S. If she has “Wanderlust” in her bio, she’s gonna take pictures of you when you sleep and post them on that VSCO site that she thinks she’s a photographer on, but you can’t put a filter on mediocrity.