Before Section.80, where a lot of his core fan base fell in love with his sound, there was his EP. The 15-track project from 2009 is his third mixtape, but the first under the name Kendrick Lamar (he previously went under the name K.Dot). To me, this is the prelude to his debut album, good kid, m.A.A.d. city. If you haven’t had the privilege, download and give this a thorough listen. Here’s one track from EP, called Vanity Slaves. 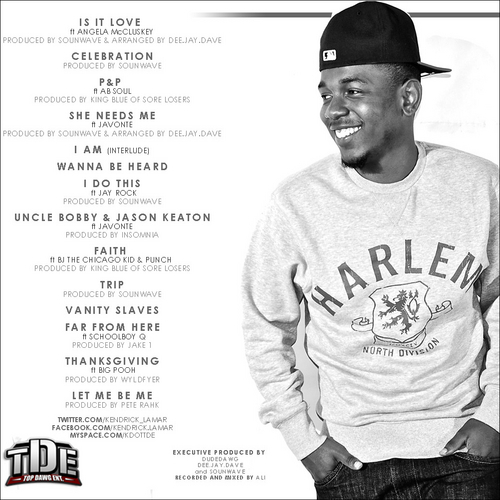 Found this. 17 yrs old. In the projects. Rappin. Pockets hurtin. Dave free & TopDawg in the cut admiring my style http://t.co/387A33fOQO