THERE IS TOO MUCH GLITTER ON MY TIMELINES. Social networks aren’t the place to be sensitive, the shit makes you seem like your limp wrists can barely hold your phone up. The amount of estrogen crammed into 140 characters is unfathomable to me.

I’m talking about the kids who don’t know how to change a spare tire and take “selfies” in traffic. You Evanescence Pandora-listening, nipple rubbers. I read some of your tweets and I assume you sensitive daisies spend your weeknights tearing up at a Dear John/The Notebook double feature, while sipping soy milk and lathering with lavender oils.

A perfect example of this glittery gobbledygook, is when some girl is going through her quarterly breakup blues and drops the infamous “all guys are the same” line on her friends’ timelines. There is ALWAYS that one guy who replies “Hey, not all of us are like that. Let me know if you want to talk about it.” I’m talking about THAT fucking guy. Take the damn cape off, bro.

Quit letting your tweets become the victims of iMessage Group Chat screenshots. Your peers “lol”, “hahaha”, “lmaooo” and “smh” at you daily, son. However, what good would I be doing if I didn’t mention that there are ways of avoiding that?

(SPOILER ALERT) If you don’t feel like reading the rest and would like the moral of the story:

Don’t say things online that stray from your real-life character.

For instance, if you’re a shitty parent, avoid saying things about taking care of your kid(s) or over-saturating your accounts with parent-like content. The people who really know you (your child’s mother, her friends and the Child Support Enforcement Agency) know better. What I’m saying is, if you’re an awful caregiver, every attempt you make to perpetuate yourself as a caregiver without actually caregiving will be laughed at by someone, probably the aforementioned.

“Deadbeat dads get their tweets screenshotted everyday, b.” -Abraham Lincoln

Here’s a big one, nh. Quit bragging about things that lack actual accomplishment. I don’t know the deal with this Beta-male boasting, but it’s awkward. People who comment “first!” on a YouTube video or a celebrity’s Instagram picture… Nobody fucking cares, man. Go dust off that shelf in your room filled with “I Participated” trophies and join a gym before I see you dorks bragging about how complex your new password is. Braggadocio is petty and if you’re not a part of the entertainment business, makes you look like a fool. It’s way cooler for someone to notice something notable about you with you bringing it to their attention. The secret to being impressionable is in the subtlety. Humility is more respectable than flash and carries more longevity. There’s more to life than the materials you covet in your melon-headed microcosm.

Oh, and flashing insufficient funds has and always will make you look like a fuck boy. If the picture below looks like you or someone you know, (have them) log off and regroup. 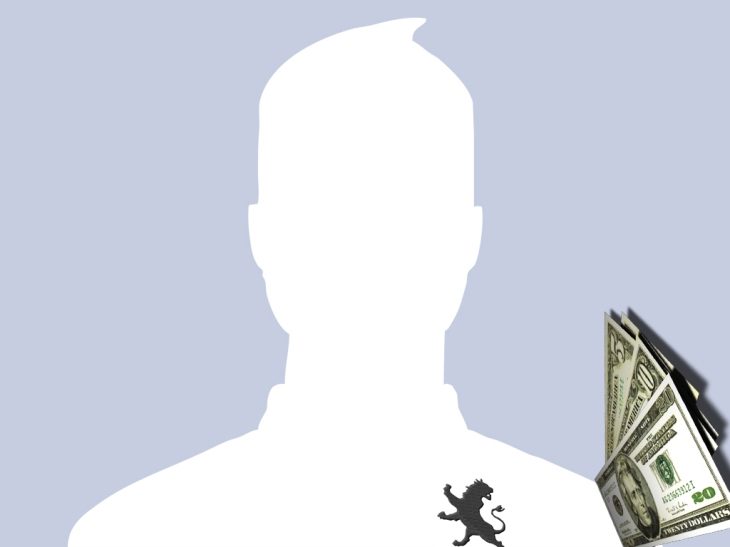 I must live by a different code than some of you gentlemen, heavy on “gentle.” My fashion sense does not emulate my favorite music artist’s, and I’ve never worn contacts that are a different color than my natural eye color. Quit reading horoscopes and get a little more valiance in your life. Maybe your SnapBacks are on too tight to not not be as sensitive as your sister.

I’m out, though. Quit @’ing bops which greatest future accomplishment will be raising a good point in a PTA meeting. Go find yourself someone with common decency, good health and nice teeth. Don’t live like you are emotionally untouchable, though, that’s cold and unfulfilling. Find a balance. Stay safe, be great, live the counter culture.

P.S. If you can’t name at least 82% of the Madden cover athletes, I assume your ringtone is the sound a butterfly’s wings make.

This work is licensed under a Creative Commons Attribution-NonCommercial-ShareAlike 3.0 Unported License.